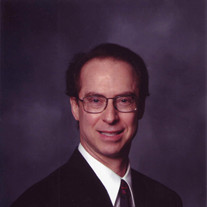 Bruce Edward Kline, loving husband, father, grandfather and founder of Bruce E. Kline Psy.D. and Associates, died on August 4, 2017 at his home in Kettering, OH. Bruce was born August 23, 1944 in Woodstock, IL, to Bruce L. and Kneldrith Kline. He earned an A.A. degree at Central College of McPherson, KS and was married to Linda Wallis in 1964. He completed a B.S. degree at Greenville College in 1968 and began teaching at McPherson High School, McPherson, KS. His wife, Linda, died after an extended illness in 1969. In December of 1970, Bruce married Leora Martin, orchestra director for the McPherson school district. He completed an M.A.in Clinical Experimental Psychology at Wichita State University in 1977, taught Psychology at Sterling College in Sterling, KS and was Clinical Director of the Mingenback Family Life Center of McPherson. The family later moved to Dayton, OH where he earned a Psy.D. in Clinical Psychology at Wright State University School of Professional Psychology in 1982. Dr. Kline founded Bruce E. Kline Psy.D. and Associates, in Dayton, OH in 1983. Dr. Kline was a Clinical Professor at The School of Professional Psychology, Wright State University and received the Outstanding Alumni Award from the School of Professional Psychology in 2002. Dr. Kline was named president of the Wright State University Alumni Association in 2010 and served on the Board of Directors of the Wright State University Foundation. As a past president and chair of the Dayton Opera Board, Bruce played and active and important role in the formation of the Dayton Performing Arts Alliance. As a member of the Dayton Opera Chorus for 28 years, he sang in 80 operas with his last performance as recently as February of 2017. He was named Servant Leader of the Year in 2017 by Central Christian College of Kansas. Bruce Kline’s entire family was important to him. He was preceded in death by his first wife, Linda Wallis Kline and his father, Bruce L. Kline. He is survived by his wife, Leora; daughter, April (David) Kline Bush of Dayton, OH; son, Jonathan (Jackie) Kline of Gambrills, MD; and beloved grandchildren, Kayla and Hanalei Bush, and Levi Kline. He is also survived by his mother, Kneldrith Kline of Wichita, KS, his siblings and their families: Frank (Rhonda) Kline of Seattle WA, Carolyn (Pat) Gaughan and Miriam (Willis) Overholt of Wichita, Celeste (Gary) Cranston of Seattle, and his brother-in-law, Carl Martin of Winfield, KS. The Service of Committal will take place at McPherson Cemetery, McPherson KS on Thursday, August 10 at 10:30 am with Visitation at 12:30pm at Glidden-Ediger Funeral Home, 222 W Euclid St, McPherson, KS 67460. The Memorial Service will be August 13 at 3pm at Christ United Methodist Church, 3440 Shroyer Rd, Dayton, OH 45429. In lieu of flowers, memorial gifts may be sent to Central Christian College Track and Field Project, 1200 S Main St, McPherson, KS 67460, or to the Bruce E. Kline Scholarship, Wright State University Foundation, 3640 Colonel Glenn Hwy, Dayton, OH 45435 or Dayton Performing Arts Alliance for Dayton Opera, 126 N. Main Street, Suite 210, Dayton, Ohio, 45402. The family especially thanks Hospice of Dayton and all who gave their loving support to Bruce.

The family of Bruce Edward Kline created this Life Tributes page to make it easy to share your memories.

Send flowers to the Kline family.