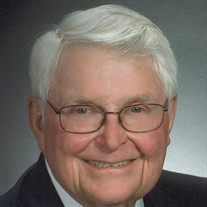 Charles Ruben Spongberg was born September 30th, 1932, in McPherson, Kansas, to Carl Ruben and Edith Rasmussen Spongberg. Charlie, as he preferred to be called, was raised on his great grandparent’s homestead farm in Lindsborg, Kansas, and learned farming, plowing with horses, driving cattle, and how to escape farm work on his Pinto pony for short spells while enjoying the Smokey Hill River lands. In 1953, he was drafted by the US Army for the Korean Conflict. That same year, Charles married Marilyn, daughter of Ray and Mildred Hahn, on July 25, 1953. Immediately after their honeymoon, the Korean 38th-Parallel Truce was signed and Charlie spent the remainder of his service time training for combat readiness at Fort Riley, Camp Polk, and Fort Bragg. Charles attended and graduated from Bethany College with a teaching degree and later from Emporia State University with his Master’s degree. He often said his military service was his best preparation for teaching Teaching was Charlie’s (Mr. Spongberg’s) passion and he held many fond memories of his students. His career began with 3 years in Holton and Manhattan, Kansas, and spanned another 35 years at McPherson Senior High School. He was a people person who loved joking and communicating with students and everyone he knew, including many he didn’t know who frequented Perkin’s Restaurant for breakfast. During summers, he could be found at Kanopolis Lake serving as a Ranger for the Corps of Engineers, which he also loved. It reminded him of the many days he spent fishing there, being outdoors, and hunting. His trophy buck, striper and wiper fishes hung on his basement wall, where Marilyn permitted him to display his game. His best fishing buddy was his son, Carl, who went on to be a striper guide. Charles passed peacefully on June 17, 2017, in the loving arms of his wife and his three children. He is preceded in death by his mother and father, sisters Marlys (Matt) Mattingly and Margaret Webster. Charlie’s surviving sister Mary Ann (Joe) Chambers lives in McPherson and brother-in-law’s, Warren Webster of Lindsborg, Kansas, and Richard (Joan) Hahn of Zionsville, Indiana. Surviving family are wife Marilyn of 64 years, daughter Dee (Ron) Fiedler, of McPherson, and daughter Dixie (Brad) Androes and son Carl (Carol) Spongberg, both of Rogers, Arkansas, and grandchildren Travis (Julie) Fiedler, Kelli (Sam) Seybert, Spencer (Kelly) Androes, Cassie (Chason) Laing, Tara (Matt) Kelley, and Colby (Trista) Spongberg. Charles and Marilyn have 18 great-grandchildren – all who were able to visit over the past few months, Jack, Rylee and Max Seybert; Aidan and Carter Fiedler; Stella Spongberg; Caden, Caroline, Collin and Camille Kelley; Kohen, Judah, Shiloh, Emmet, and Cohelet Laing; Asher, Isaac, and Ezra Androes – in addition to many wonderful nieces and nephews. Charles and Marilyn were 60-year members of the First United Methodist Church. The family suggests memorials may be given to the First United Methodist Church or the Paralyzed Veterans of America, and they can be sent in care of the Glidden - Ediger Funeral Home; 222 West Euclid Street; McPherson, Kansas 67460. The memorial service will be held at 11:00 a.m., on Friday, June 30, 2017 at the First United Methodist Church, McPherson, Kansas with Pastors Karen Rice-Ratzlaff, Darren Frazier, and Harold Nelson officiating. The final resting place will be at the Elmwood Cemetery, Lindsborg, Kansas with military honors presented by members of the American Legion Post 24 and Veterans of Foreign Wars Post 2715 both of McPherson.

Charles Ruben Spongberg was born September 30th, 1932, in McPherson, Kansas, to Carl Ruben and Edith Rasmussen Spongberg. Charlie, as he preferred to be called, was raised on his great grandparent&#8217;s homestead farm in Lindsborg, Kansas,... View Obituary & Service Information

The family of Charles R. Spongberg created this Life Tributes page to make it easy to share your memories.

Send flowers to the Spongberg family.