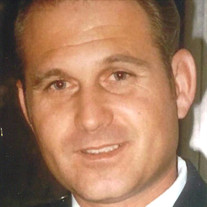 Clyde Allen Henson, 65, of Moundridge, Kansas, passed away, Tuesday, February 21, 2017 at his home, rural Moundridge, Kansas. Clyde was born in Fresno, California on August 1, 1951, a son of Helen Ann (Balmer) and Clyde Alonzo Henson. Clyde attended the Tarpey grade school and graduated from Clovis High School, Clovis, California. He served in the U.S. Army Air Force as a MSGT in the Vietnam War. Through the years, Clyde was a career Military having served during the Vietnam War and retired as Master Sgt with the United States Airforce. He then worked for Litwin in Quality Control for the Total Refinery, Ardmore, Oklahoma, and was currently working for Piping and Equipment of Wichita, Kansas as a Quality Control Manager. Clyde was a life member of the American Legion and Veterans of Foreign Wars; and American Welding Society. Clyde enjoyed Singing, playing his guitar and was a one man band and was very talented. He loved his family and spending time at home, woodworking, and taking care of his animals. Clyde Allen Henson was united in marriage to Silvia G. "Mimi" Bailey on January 5, 2007, McPherson, Kansas. He is survived by his loving and devoted wife of over 10 years, Mimi Henson, of Moundridge, Kansas; his children, Brian Henson and his wife Jennifer, of Vacaville, California, Natalie Clark and her husband Danny, of Fletcher, Oklahoma, Chris Bailey and his wife Kelly, of Wichita, Kansas, Sam Bailey and her significant other Joe Petty, of McPherson, Kansas, and Aaron Bailey and his wife Katey, of McPherson, Kansas; his mother, Helen Trisler, of Fresno, California; his siblings, Linda Henson-Madron and her husband Richard, of Fresno, California, Glen Henson and his wife Kerry, of Yuma, Arizona, Brian Henson and his wife Lori, of Clovis, California, and David McManus and his wife Sharon, of Alpine, Utah; his sister-in-law, Sandy Henson of Sacramento, California; his nine grandchildren, Lucas, Tucker, Hayden, Gracie, Audrey, Grant, Emily, Alexis, Vivianna, Laci, and Tanner; many nieces and nephews, other relatives and a host of friends. Clyde was preceded in death by his father, Clyde Henson, and a brother, David Henson. A time of Remembrance and Celebration of Life will be held on Wednesday, March 1, 2017 from 2 to 5 p.m. at Glidden - Ediger Chapel, McPherson, Kansas. Military honors will be presented at 5:00 p.m. by members of the American Legion Post 24 and Veterans of Foreign Wars Post 2715 both of McPherson. Memorials are suggested to the Veterans of Foreign Wars Post 2715 and American Legion Post 24 and they can be sent in care of the Glidden - Ediger Funeral Home; 222 West Euclid Street; McPherson, Kansas 67460

The family of Clyde A. Henson created this Life Tributes page to make it easy to share your memories.

Send flowers to the Henson family.