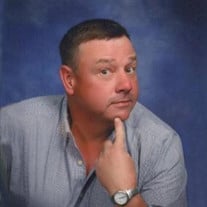 Dale Lamoine Baerg, 63, of rural Inman, Kansas, passed away at 6:58 AM, Tuesday, November 30th, 2021, at his residence. Dale was born in Newton, Kansas on November 25, 1958, a son of Gerald Dee and Betty Joan (Perry) Baerg. Dale attended Inman Elementary School and graduated from Inman High School, Inman, Kansas in 1977. He then attended Dodge City Community College, Dodge City Kansas. Through the years Dale worked many jobs, but he was most proud of his farming. Dale was a member of the Moose and Cub Scouts/Boy Scouts of America. Dale enjoyed dancing, K-State Football, live music, farming, traveling, mission trips to Guatemala, pool parties and spending time with his friends and family. Dale Lamoine Baerg was united in marriage to Deborah Lynn Ruland in 1978 in Inman, Kansas. Then Dale Lamoine Baerg was united in marriage to Shelly Jean Mullen on Feb. 29, 2020, in Hutchinson, Kansas. He is survived by his wife Shelly Baerg, of Groveland, Kansas; his children, Dustin Baerg and his wife Ginger, of Mulvane, Kansas, Denton Baerg and his wife Jodi, of Inman, Kansas, Dera Wishard and her husband Brandon, of Kansas City, Missouri and Dorian Williams, of Sharon Springs, Kansas; stepdaughter Hannah Field and family, of Buhler, Kansas and his brother, Virel Baerg and his wife Annie, of Inman, Kansas. Dale is also survived by 16 grandchildren. Dale is preceded in death by his parents and his sister Jackie. Visitation will be held on Sunday, December 5, 2021, from 2:00 p.m. - 4:00 p.m. at the Inman Mennonite Church, Inman, Kansas. Funeral service will be held at on Monday, December 6, 2021, at 10:00 a.m. at the Inman Mennonite Church, Inman, Kansas with Pastors Jack Norris and Dan Cate officiating. Burial will be at North Inman Cemetery, Inman, Kansas. Memorial contributions may be made to Eagles Nest Orphanage and they can be sent to Glidden-Ediger Funeral Home, 222 W. Euclid St., McPherson, Ks. 67460.

The family of Dale L. Baerg created this Life Tributes page to make it easy to share your memories.

Dale Lamoine Baerg, 63, of rural Inman, Kansas, passed away at...

Send flowers to the Baerg family.