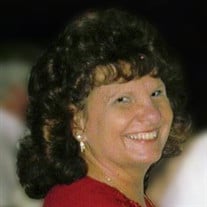 Dawn Simpson, 64, of McPherson, Kansas, passed away at 6:18 p.m., Wednesday, April 5th, 2017 while in the company of her sons, at Piedmont Athens Medical Center, Athens, Georgia Dawn was born in Fort Worth, Texas on January 15, 1953, a daughter of Frances (Price) and Causen Aubrey Anderson. Dawn attended Keller grade school, and graduated from Keller High School, Keller, Texas. She then attended Hutchinson Community College, Hutchinson, Kansas and graduated from Friends University, Wichita, Kansas with her Bachelors degree in business. Dawn was a homemaker and took great pride in providing for her family in this manner. She began working for Sterling Drug when it opened and worked for 30 years as a production supervisor and quality assurance. Most recently, Dawn was working for CAI as a quality control consultant. Dawn enjoyed spending time with her grandchildren, family and friends, being outdoors with nature, traveling, and reading. Dawn Anderson was united in marriage to Fred Simpson on December 17, 1983 in McPherson, Kansas. Fred died on June 11, 2011. Dawn is survived by her children, Travis Corwin and his wife Julie of McAllen, Texas and Jeremy Corwin of McPherson, Kansas, Dustin Simpson and his wife Melissa of South Carolina, Jennifer Holguin and her husband Mathew of Carbondale, Kansas, and Heather Peterson and her husband Mark of Lyndon, Kansas; her brother, Andy Anderson and his wife Kathy of Cross Plains, Texas; her 13 grandchildren, Austin Corwin, Caden Corwin, Brayden Soper, Breckyn Whitton, Brynna Whitton, Abigail Howlett, Cole Simpson, Ashton Simpson, Naomi Simpson, Sienna Simpson, Logan Zieber, Colton Zieber, and Ethan Holguin; her 2 great-grandchildren, Llayton D'Agostino and Benjamin D'Agostino; several nieces and nephews, other relatives and a host of friends. Dawn is preceded in death by her parents; her husband Fred Simpson; her brother, Aubrey Lee Anderson. Visitation will on Tuesday, April 11, 2017 from 4 to 7 with the family present from 5 to 7 p.m. at Glidden - Ediger Chapel, McPherson. The funeral service will be held at Glidden - Ediger Chapel, McPherson, Kansas, at 10:00 a.m. on Wednesday, April 12th, 2017 with Pastor Dick Reynolds, Jr. officiating. The final resting place will be at the McPherson Cemetery McPherson, Kansas. In lieu of flowers, memorial contributions may be made to Baylor College of Medicine Department of Neurology for stroke research, they can be sent in care of the Glidden - Ediger Funeral Home; 222 West Euclid Street; McPherson, Kansas 67460.

Dawn Simpson, 64, of McPherson, Kansas, passed away at 6:18 p.m., Wednesday, April 5th, 2017 while in the company of her sons, at Piedmont Athens Medical Center, Athens, Georgia Dawn was born in Fort Worth, Texas on January 15, 1953, a daughter... View Obituary & Service Information

The family of Dawn Simpson created this Life Tributes page to make it easy to share your memories.

Send flowers to the Simpson family.