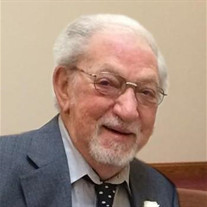 Dwain Keith Swick, 85, of McPherson, Kansas, passed away at 12:15 a.m., Monday, December 25, 2017 while in the company of family members at his residence. Dwain was born in Hutchinson, Kansas on June 21, 1932, a son of Monta Ruby (Burgess) and Clarence Edward Swick. Dwain attended the McPherson School system and graduated from McPherson High School in 1950. He was a member of First Presbyterian Church in McPherson where he was in Mariners Club and served as a Deacon and a Sunday School Teacher. Through the years Dwain worked for his dad selling Whizzer Motorbikes, for his grandfather Fred moving houses, worked for San-Ore Construction as a concrete finisher,and managed and played as a drummer in a band through high school. After honorably serving his country in the U. S. Navy he worked for his dad at Swick-Guth Inc. as a welder and became vice-president of the company until it sold. He then started several businesses including Solar Farms, Loadmaster Tugs, The Fab Shop and Swick Mfg. In the 1980's he took over his father-in-law's farm for several years and raised wheat, milo, beans, pigs and rabbits. Dwain was a member of JayCees and was awarded the Most Outstanding Business Man in America. He enjoyed spending time with his family, being at the lake, camping, tinkering and inventing with several businesses and patents to his name. Dwain was united in marriage to Emma Jeanne Naylor in the Fall of 1957 in Newton, Kansas. The young couple established their first home in McPherson and this union was blessed with the birth of Julie, Debbie, David, Jim and Gary. Dwain was united in marriage to Clarene Joy Goering in the Fall of 1977 in Stockton, Kansas, where they established their first home together. This union was blessed with the birth of a daughter Laura. He is survived by his children Julie VanAmburg and her husband Randy, of McPherson, Kansas, Debbie Swick, of Overland Park, Kansas, David Swick and his significant other Connie Bailey of McPherson, Kansas, Gary Swick, of Louisville, Kentucky, Laura Markley and her husband Nathan, of Hannibal, Missouri; his siblings Wanda Nelson, of Windom, Kansas, Shirley Harman, of Stuart, Florida and Clare Swick, of Seaside, California; 5 Grandchildren - Amy Kelly(Mo), Sherry Reagan(Adam), Sarah VanAmburg, Eliza Markley, Elizabeth Bailey(Paul); 7 Great-grandchildren - Cheyanne, Jadon, Aaliyah, Malik, MaKayLynn, Emma and Sonya. Dwain was preceded in death by his parents, Clarence and Monta Swick and son, James Edward "Jim" Swick Visitation will be held Thursday, December 28, 2017 from 5:00 p.m. to 7:00 p.m. at the First Presbyterian Church in McPherson. Memorial service will be held at First Presbyterian Church, McPherson, Kansas, at 11:00 a.m. on Friday, December 29th, with Reverend H. Dick Reynolds, Jr. officiating with military honors presented by the Veteran's of foreign Wars Post 2715 and American Legion Post 24. Burial will be at a later date at the McPherson Cemetery, McPherson, Kansas. In lieu of flowers, memorial contributions may be made to Meals on Wheel and they can be sent in care of Glidden-Ediger Funeral Home; 222 West Euclid Street; McPherson, Kansas 67460..

The family of Dwain Keith Swick created this Life Tributes page to make it easy to share your memories.

Send flowers to the Swick family.