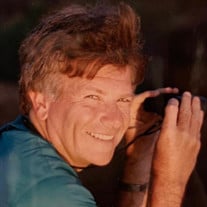 Fenton Renwick “Pete” Talbott died unexpectedly of cardiac arrest on Saturday, February 22, 2020 in Greenwich, CT. Born on October 7, 1941, in McPherson, KS to Eldon Isaac Talbott and Laura Helen McKee Talbott. Raised in McPherson KS, he grew up to be the quintessential success story. In high school he was a leader, scholar and star athlete in four sports, setting state and national records in the javelin and discus. He earned the Stansbury Scholar-Athlete Award for a full scholarship to the University of Kansas. To round out his high school career, he landed the role of Curly in the school’s production of Oklahoma! In September of 1960, after his first year of college, he married high school sweetheart, Judith Pierson. Within three years, they were young and naïve parents with their first two children. Undeterred by his family responsibilities he went on to receive his MBA in 1965, graduating first in his class. The recipient of the Barrett Fitch North Finance Award and the Beta Gamma Sigma International Business Honor Society Assistantship and Scholarship caught the eye of Ford Motor Company in Detroit which launched his career. He went on to hold various leadership and executive positions; including roles at Citibank, Citicorp, Bank of America, First Boston, American Express, Comerica and most recently McKeown DeLeeuw. Through work, Pete and Judy moved to cities near and far, forging friendships spanning the globe and lasting a lifetime. Pete was a passionate sports enthusiast with a special place in his heart for KU basketball. He was an avid golfer, known as much for his eye-catching pants as for his golf swing. And nothing made you feel more special than being serenaded by Pete on your birthday. He laughed big, loved generously and danced at every party. He and Judy, his wife of almost 60 years, never quit doing the twist together. Pete enjoyed donating his time and talents as a member of the Board of Trustees for the KU Endowment Association, a board member of the KU Alumni Association as well as St. Vincent’s Hospital and Cornerstone’s both of Santa Fe, NM. He believed strongly that time or money spent on education was never wasted. He is survived by his loving wife Judith Pierson Talbott, adoring children Blaine Charles Talbott (Kate Shanley Talbott), Mary Megan Talbott (John Moench), Caitlin McKee Talbott Tobin (Christopher Tobin), and Bevan Renwick Talbott; beloved grandchildren William and Hannah, Mary Renwick, Bridget and Beatrix, Pierson and Garnet, Teddy and Grant, his sister Sharon Goss (Max Goss), siblings-in-law Merrily Pierson, Susan and Marty Redstone, Kristi and Allen Whorton, Tad Pierson; and all of their children. A burial and memorial service will be held in his hometown of McPherson, KS at the First United Methodist Church at 2:00 p.m. on Saturday March 7th, 2020 with Reverend Emily Cannon officiating. In lieu of flowers, the family requests donations in Pete’s name be sent to: The KU Endowment, PO Box 928, Lawrence, KS, 66044 or Cornerstones Community Partnerships, PO Box 2341, Santa Fe, NM 87504

The family of Fenton Renwick "Pete" Talbott created this Life Tributes page to make it easy to share your memories.

Send flowers to the Talbott family.