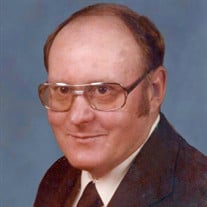 Gail Ray Graham, 79, of McPherson, Kansas, passed away at 1:08 a.m., Friday, May 15th, 2020 peacefully at Mercy Hospital, Moundridge. Gail was born in Stockton, Kansas on August 20, 1940, a son of the late Lois Maxine (Weems) and Robert William Graham. Gail entered into the United States Army on August 23, 1961 and served his Country during the Vietnam War and honorably discharged on August 21, 1964. Gail worked for Chem Star of McPherson as a Laborer and owned and operated a Bait Shop at his home. Gail enjoyed fishing, camping, working on 1940's and 50's cars, doing puzzles, building model tanks and airplanes, spending time with family especially the grandchildren. Gail Ray Graham was united in marriage to Olive Ellen VanWey on November 9, 1964 at Osborn, Kansas. The young couple were blessed with the birth of three children, two daughters, Diana and Pamela and one son Allen. He is survived by his loving and devoted wife of over fifty-five years, Olive Graham, of Inman, Kansas; his daughters, Diana Ramos and husband Alex, of El Paso, Texas and Pamela "Pam" Burns and husband Doyle, of Wichita, Kansas; his sister, Glenna Fuller and her husband Roger , of Chapman, Kansas; his six grandchildren, Cristina, Alexander, Ericka, Felicity, Jesse, and Kathyrne; 12 great-grandchildren; several nieces and nephews, other relatives and a host of friends. He was preceded in death by his parents; and his son, Allen Ray Graham. Services will be at a later date. Memorials are suggested to the McPherson County Food Bank in memory of Gail and they can be sent to Glidden - Ediger Funeral Home; 222 West Euclid Street; McPherson, Kansas 67460.

The family of Gail Ray Graham created this Life Tributes page to make it easy to share your memories.

Send flowers to the Graham family.