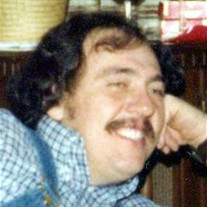 Gordon Lee Benson, 79, of McPherson, Kansas, passed away at 7:33 p.m., Sunday, January 7th, 2019 suddenly, at his residence. Gordon was born in Kansas City, Missouri on December 17, 1939, a son of Ruth K. (Gordon) and James J. Benson. Gordon attended and graduated from Wyandotte High School, Kansas City, Kansas in 1957. He he was a member of the Church of Christ while growing up in Kansas City. Through the years Gordon worked for and supervised several vending companies in the Kansas City Metro Area where he later became a general manager until 1996. In 1996 he moved to McPherson where he worked for Wallace Chevrolet as the used car manager until his retirement in 2012. Gordon was a member of the McPherson Country Club. He thoroughly enjoyed out-door activities including fishing, golfing, and attending horse races. Early in life he raced motorcycles with some of his close friends in KC. Gordon Lee Benson was united in marriage to Gloria Annette Schick on October 23, 1959 at Zion Evangelical Church, Kansas City, Kansas. The young couple established their first home together in Kansas City, Kansas. In 1996 the couple moved to McPherson, Kansas. He is survived by his sister, Barbara Wallace, of McPherson, Kansas; his sister-in-law, Joyce Serwon, of Overland Park, Kansas; his nephew, Chris Wallace and wife Catrina, of McPherson, Kansas; his niece, Kim McHugh and husband Evan, of Arlington, Tennessee; his great-nieces and nephews, Alayna and Hayden Wallace and Megan, Trisha, Tiffany, and Eric McHugh Gordon was preceded in death by his parents; his wife Gloria; sister, Linda Maurer, sister-in-law, Fredna Schick, brothers-in-law, Larry Wallace and Bill Maurer. Visitation will be held on Thursday, January 24, 2019 from 5 to 7 p.m.with family present from 6 p.m. to 7 p.m. at Glidden - Ediger Chapel, McPherson. The memorial service will be held at Glidden - Ediger Chapel, McPherson, Kansas, at 11:00 a.m. on Friday, January 25th, with Mr Gary Witcher officiating. Final resting place will be at the McPherson Cemetery McPherson, Kansas. In lieu of flowers, memorial contributions may be made to McPherson Relay For Life in memory of Gordon and they can be sent in care of the Glidden - Ediger Funeral Home; 222 West Euclid Street; McPherson, Kansas 67460.

The family of Gordon Lee Benson created this Life Tributes page to make it easy to share your memories.

Send flowers to the Benson family.