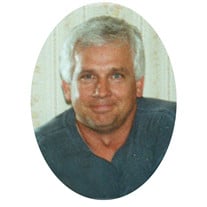 Jim Settle, 56, of McPherson, Kansas passed away on Wednesday, March 5, 2008 while in the company of family members at his brother's residence, rural McPherson, Kansas. Jim was born in Hoisington, Kansas on June 18, 1951, the son of the late Walter Raymond and Minnie 'Penny' B. (Parks) Settle who survives him of McPherson, KansasJim graduated from Russell High School in 1969. He received his associate degree in electronics from Hutchinson Community Junior College, in May of 1977, and later he received his Bachelor of Science degree in Occupational Therapy from Fort Collins University in Fort Collins, Colorado in May of 1990.He was a member of the McPherson Church of Christ. Jim served in the US Army as a SP4 during the Vietnam War Era. He was a bandsman with the Norad Band as a trombonist. Jim worked in the electronics field for twelve years. He was an occupational therapist in Colorado, Arkansas, and most recently for St. John's Medical Center in Springfield, Missouri. He held memberships in the American Occupational Therapy Association, and the Missouri Occupational Therapy Association. Survivors include:his mother Minnie 'Penny' Settle of McPherson, Kansas; two brothers, John L. (Karen) Settle of Englewood, Colorado, and Rich W. (Vickie) Settle of McPherson, Kansas; a sister Diana (Jeff Rulli) Settle of Loveland, Colorado; four nephews Lewis Settle of Edna, Kansas, Chase Settle of Pratt, Kansas, Logan Noll of Loveland, Colorado, and Samuel Sheets of Seattle, Washington, two nieces Casi (Andy) Leduc of Lindsborg, Kansas, and Amanda (Jeremy) Kenney of Edmond, Oklahoma; great nieces and nephews, Derek, Kayla, Noah, Megan, and Sean; other relatives and friends. Jim was preceded in death by his fatherFriends are invited to call Sunday, March 9, 2008 from 1 to 5 p.m. with the family present to receive friends from 3 to 5 p.m. at Glidden - Ediger Chapel, McPherson, Kansas. The funeral service will be at Church of Christ, McPherson, Kansas, at 10:30 a.m. on Monday, March 10, 2008 with Minister Glen Elliott officiating. Interment will be in the McPherson Cemetery McPherson, Kansas. Memorial contributions may be given to the Church of Christ Scholarship Fund or the Church Mission Fund c/o McPherson Church of Christ.

Jim Settle, 56, of McPherson, Kansas passed away on Wednesday, March 5, 2008 while in the company of family members at his brother's residence, rural McPherson, Kansas. Jim was born in Hoisington, Kansas on June 18, 1951, the son of the late... View Obituary & Service Information

The family of Jimmy R. (Jim) Settle created this Life Tributes page to make it easy to share your memories.

Jim Settle, 56, of McPherson, Kansas passed away on Wednesday,...