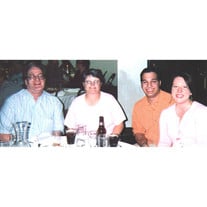 Mr. John Charles Gerdes, age 54, of McPherson, KS , passed away suddenly at 7:54 AM, Friday, September 30th, 2005 at Memorial Hospital, McPherson, Kansas. John Charles Gerdes, the son of Edward Wayne and Vera Marie (Rice) Gerdes, was born in Salina, Kansas on March 19, 1951. He was one of four sons born to this union: Phillip, John, Paul, and Jay. He attended the Lincoln grade schools and graduated from Lincoln High School in 1970. He then attended and graduated from Beloit Vo Tech, Beloit, Kansas. He attended the Lincoln United Methodist Church Lincoln, Kansas.John was united in marriage to Cindy Ann Leiker on May 18, 1974 at Hays, Kansas. This union was blessed with the birth of two children a son and a daughter: Adam and Angel Lee. The family was deeply saddened by the death of Angel Lee at birth. John started working for El-Kan in Ellsworth, Kansas as a Machinist. He then worked at Wilson Lake Mariana as a mechanic. John and his family then moved to Bonner Springs, Kansas where he was a Screen Printer for Artex Company. John and his family moved to McPherson in 1995 where he began working for Kit Manufacturing. He started working for Central Plastics on April 18, 1998 as a extruder operator.John was a Christian, loving and devoted husband, father, son, brother, uncle, and friend. His wise counsel, gentle guidance, and gracious smile will be missed by those who knew and loved him. He was very proud of his son and always encouraged him to do his best. John liked when the whole family could get together. John Charles Gerdes, age 54, of McPherson, KS, passed away at 7:54 a.m., Friday, September 30th, 2005 suddenly while at work at McPherson, Kansas. John was preceded in death by a daughter, Angel Lee Gerdes; a brother Gene Gehardt Gerdes.Surviving members of his family include his loving and devoted wife, Cindy, of the home, McPherson, Kansas; his son, Adam Wayne Gerdes, of Manhattan, Kansas; his parents, Vera and Wayne Gerdes, of Lincoln, Kansas; his brothers, Phillip Gerdes and his wife Kathy, of Manhattan, Kansas, Paul Gerdes and his wife Patty, of Wichita, Kansas, and Jay Gerdes and his wife Patti, of Wichita, Kansas; his sister-in-law, Cathy Leiker of McPherson, Kansas; his brother-in-law, Jeffery Leiker, of McPherson, Kansas; other relatives, co-workers and a host of friends. Friends are invited to call Tuesday, October 4th , 2005 from 3 to 8 p.m. with the family present from 6 to 8 p.m. at Glidden - Ediger Chapel, McPherson, KansasThe funeral service will be at the Glidden - Ediger Chapel, McPherson, KS. at 2:00 p.m. on Wednesday, October 5th, 2005 with Bishop Timothy R. Nicoll of the Church of Jesus Christ of Latter-day Saints officiating. Graveside services will be at 4:30 p.m., Wednesday, October 5th, 2005 at Roselawn Cemetery Salina, KansasMemorials are suggested to the charity of the donor's choice,. in care of Glidden - Ediger Funeral Home; 222 West Euclid Street; McPherson, Kansas 67460.

The family of John Charles Gerdes created this Life Tributes page to make it easy to share your memories.

Send flowers to the Gerdes family.