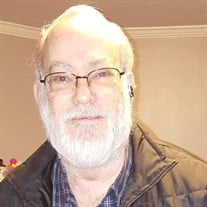 Joseph Michael Ernest, 69, on Wednesday, April 1st, 2020 went home to be with his Heavenly Father. Joseph was born in New York, New York on June 3, 1950, a son of Mary Elizabeth (Clemente) and Charles Asa Ernest. Joe started college at Spring Hill College in Mobile, Alabama, the summer between the eleventh and twelfth grade and also the summer after graduating from Mobile High school. He continued on to college at William Carey where he was given a grant in the summer of 1972 to the University of Mississippi, in pharmacology. He furthered his knowledge and went to University of Southern Mississippi where he received his BS in Medical Technology with minors in math and chemistry. He was issued an honorary PhD in biological sciences for his work and accomplishments and vaccines in 1989. He also received a doctor of Naturopathy from Trinity College in Iowa at the age of 50. Joe’s passions included nutrition, natural medicine, and helping people. He was the most selfless person and possessed many gifts and talents. He was generous, kind, and found the good in everyone. He put the needs of others above his, always. Regardless If you were family or if he just met you on the street he was going to bless you and do what he could to make your day better.  He was a loving father to his daughters, Maggie, Joey, Medora, and Jadaisa. He will be missed deeply by those who knew and loved him. Margaret Moser and her husband Robert, of Ward, Arkansas, Joey Fielder and her husband Kevin, of Colorado, Medora Rano and fiancé Antonio Anaya, of California and Jadaisa Ruckman, of California; his sister, Elizabeth Johnson, and husband David, of Bay Minete; his five grandchildren, Zoie and Jay Moser, Cain and Daniel Anaya, and Cali Ruckman; several nieces and nephews, other relatives and a host of friends. Joseph worked as a Lab Tech in many hospitals over the years spread across the states as he has always enjoyed traveling. He was currently working for McPherson Hospital, McPherson, KS. Joe enjoyed planning family vacations and getting all his girls together for those special times and the food of course! His hobbies included deep sea fishing, chess, and cooking. He always had a helping hand and did what he could to encourage anyone. He had a strong relationship with God and stood firm in his beliefs. He truly touched and blessed many lives and will be greatly missed. Joe was preceded in death by his parents, his twin brother, Charles Ernest, Jr.; his sister, Ethel Bretschneider; and reunited with his soulmate, Rhonda Rano. Cremation has taken place and because of the COVID 19 Pandemic, A Celebration of Life Service will be held in McPherson once we get the all clear. In lieu of flowers, memorials are suggested to the Joseph Ernest Fund and they can be sent to Glidden-Ediger Funeral Home; 222 W. Euclid St., McPherson, Ks. 67460.

The family of Joseph Michael Ernest created this Life Tributes page to make it easy to share your memories.

Send flowers to the Ernest family.