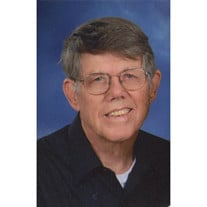 Keith Donham, 79, of McPherson, Kansas, passed away at 11:36 a.m., Wednesday, June 11th, unexpectedly, at McPherson Hospital just 9 days after having triple bypass surgery. Keith was born at his parents homestead, rural Galva, Kansas, on March 16, 1935, a son of Cecil Faye (Moore) and Isaac Raymond 'Shorty' Donham.Keith attended a country school in McPherson County and graduated from McPherson High School in 1953.He attended New Hope Evangelical Church McPherson, Kansas. Through the years Keith worked as a Plumber at Wolfs Plumbing, Heating, and Electric, Ace Plumbing, Galen's Refrigeration of Lindsborg, and he was the owner and operator of Donham's Plumbing. He also worked as a Fire Fighter for the McPherson Fire Department, was a custodian for both the First Baptist Church of McPherson, Kansas and Soderstrom grade school, Lindsborg, Kansas. Keith served with the McPherson National Guard. He enjoyed going to flea markets, going to garage sales, he liked collecting anything frogs, traveling on bus tours, talking to his friends, and going to coffee, and always enjoyed singing and whistling. Isaac Keith Donham was united in marriage to Beverly Ann Schulz on April 28, 1957 at the First Baptist Church, McPherson, Kansas and established their first home together in McPherson, Kansas. He is survived by his loving and devoted wife of over 57 years, Beverly Donham, of McPherson, Kansas; his children, Bret Donham, of McPherson, Kansas and Jennifer Clark and her husband Kelly, of Coon Rapids, Minnesota; his siblings, Bruce Donham and his wife June, of Mineral Wells, Texas, Sam Donham, of Labanon, Oklahoma, Radean Nordstrom, of McPherson, Kansas, Iris Brewer, of Clovis, California, and Karen Wolf and her husband Bill, of Wichita, Kansas; his five grandchildren, Andrew Donham, Katie Clark, Kaycee Clark, Francy Clark, and Sarah Clark; many nieces and nephews, other relatives and a host of friends.Keith was preceded in death by his parents, Raymond 'Shorty' and Faye Donham; one brother, Frank Donham; and two sisters, Phyllis Smith and Mona Haden.Friends are invited to call on Monday, June 16, 2014 from 9 a.m. until service time at New Hope Evangelical Church. The funeral service will be held at New Hope Evangelical Church, McPherson, Kansas, at 11:00 a.m. on Monday, June 16, 2014 with Pastor Jim Keil officiating. The final resting place will be at the McPherson Cemetery McPherson, Kansas at a later date. In lieu of flowers, memorial contributions may be made to New Hope Evangelical Church or McPherson Senior Center and they can be sent in care of the Glidden - Ediger Funeral Home; 222 West Euclid Street; McPherson, Kansas 67460.

The family of Keith Donham created this Life Tributes page to make it easy to share your memories.

Send flowers to the Donham family.