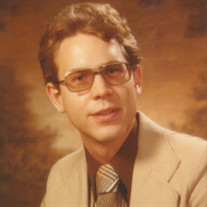 Lewis Hudson "Lew" Keith, 67, of McPherson, Kansas, passed away at 8:00 a.m., Tuesday, December 18th, 2018 unexpectedly, at his home, McPherson, Kansas. Lew was born in Fargo, North Dakota on January 10, 1951, a son of the late Marion Allison (Steward) and Kenneth Monroe Keith. Lew attended up to the 4th grad at the Oak Knoll grade schools in Minneapolis, Minnesota and then Fergus Falls grade school, in Fergus Falls, Minnesota, in 1963 the family moved to McPherson where Lew attended Junior High School and graduated from McPherson High School in 1969. He then attended McPherson College where he received his bachelors of arts degree in Sociology, Psychology, and a minor in applied organ and piano. He graduated Magna cum laud. While in college Lew worked in the foreign language department with the foreign student exchange program. He was a member of First Congregational United Church of Christ McPherson. Lew was a former member of the Trinity Lutheran Church. Through the years, Lew was a on air personality, was an account executive, and sold advertisement for KNEX which later became KBBE Radio Station for which he was responsible for signing it on the air and overseeing its operations. He was a development director for KHCC public radio in Hutchinson, Kansas and helped lay the ground work for the expansion which later became Radio Kansas. Lew later worked in many capacities for M.C.D.S., a private facility that serves individuals with developmental disabilities, He was the first person in Kansas to mainstream individuals into their own residences, later he became a case manager with the responsibility of developing programs of training and serving as an advocate by gathering the support people to foster greater independence in the community. Lew was also an Antiques and Collectibles dealer. Lew was a founding father and served as president of the McPherson Theatre Guild which started in the summer of 1972 and was in at least 30 theatre productions. He has played in almost every church in town in the capacity as organist or pianist. Lew served on the board of Broadway R.F.D. and had sung 25 years in the Bethany College Oratory Society and a couple highlights of this was being in a PBS broadcast and singing in Carnagie Hall in New York City where he was a stringer and a photographer for the Lindsborg News Record. Lew enjoyed photography and had several shows and entered several competitions winning first Place in Discover Lindsborg. He is survived by a special friend Annette Karr of McPherson, Kansas; his DPOA, Vaughn Ingram and his wife Diane, of McPherson, Kansas. He is also survived by many friends, cohorts, and accomplices. Lew was preceded in death by his parents, Kenneth and Marion Keith; and his sister, Genevieve Marion "Genny" Keith Memorial service will be at 11:00 a.m. Saturday, January 19, 2019 at New Gottland Lutheran Church rural McPherson, Kansas, with Rev. Harry Grinstad and Rev. Warren R. Schoming officiating. Memorials are suggested to M.C.D.S in memory of Lew and they can be sent in care of the Glidden - Ediger Funeral Home; 222 West Euclid Street; McPherson, Kansas 67460.

The family of Lewis Hudson "Lew" Keith created this Life Tributes page to make it easy to share your memories.

Send flowers to the Keith family.