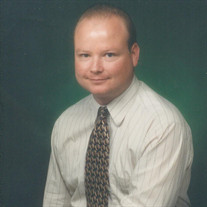 Mark Anthony Williams, 52, of McPherson, Kansas passed away Thursday, April 18th, suddenly, at his home. Mark was born in Coldwater, Kansas on August 29, 1966, a son of Marquita Lee (Parkin) and Donald Wayne Williams. Mark attended Coldwater grade school, and graduated from Coldwater High School, Coldwater, Kansas. He then attended Fort Hays State where he received his bachelors degree in Chemistry. He was a member of Coldwater Christian Church, Coldwater, Kansas while growing up in Coldwater. Mark worked for Abbott Labs and retired from Pfizer Corporation McPherson in 2016. Mark enjoyed watching the Dallas Cowboys, KU Jayhawks, hiking in Colorado and his all time favorite things were his two daughters and spending time with his family. He is survived by his daughters, Shelby Williams, and Alyssa Williams, both of McPherson, Kansas; his sister, Shelly Newton and husband Rick, of Hutchinson, Kansas and his brother, Michael Williams, of Fremont, Nebraska; his nieces and nephews, Hayley Sprecker and husband Doug, Ariel Haskin, and Adam Haskin and wife Richelle; his great-nephews, Jackson Sprecker and Riley Sprecker; other relatives and a host of friends. Mark was preceded in death by his parents, Marquita and Donald Williams. A Celebration of Life Time will be held at Glidden - Ediger Chapel, McPherson, KS, from 3 p.m. to 5 p.m. on Friday, April 26th 2019 to visit with family. The final resting place will be at the Crown Hill Cemetery, Coldwater, Kansas at a later date. Hatfield - Prusa Funeral Home in charge of burial of cremains service. In lieu of flowers, memorial contributions may be made to The Rhett Foundation and they can be sent in care of the Glidden - Ediger Funeral Home; 222 West Euclid Street; McPherson, Kansas 67460.

The family of Mark A. Williams created this Life Tributes page to make it easy to share your memories.

Send flowers to the Williams family.