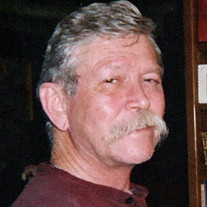 Michael Edward Rhodes, 70, of McPherson, Kansas, passed away at 10:01 p.m., Friday, October 18th, 2019 with his wife Judy by his side at their home. Michael was born in Mercedes, California on January 1, 1949, a son of Martha Frances (Grimes) Rhodes and Clarence Edward "Dusty" Rhodes. Mike grew up in a military family so he moved quite a bit. Through the years he attended schools in California, Guam, New Jersey, Texas and graduated high school from Gregory Portland High School, Portland, Texas in 1966. Following his graduation Mike entered into the United States Army where he served for 4 years serving his Country. After his honorable discharge, Mike attended and graduated from Friends University, Wichita, Kansas with his Bachelors Degree in Human Resource Management. Mike later went back to college and received another Bachelors Degree in Mechanical Engineering from Wichita State University, Wichita, Kansas. He was a member of McPherson Church of Christ McPherson, Kansas and was a former member of the Portland Church of Christ, Portland, Texas. Through the years, Mike was a Draftsman at Hesston Corporation, Hesston, Kansas and in 1976 when the family moved to McPherson, he began working for Sterling Drug as a Draftsman, then later became the Maintenance Supervisor, and for 20 years was the Project Engineer and retired from Hospira. Mike enjoyed woodworking, working on clocks and building clocks, working on cars, cooking and was a great cook especially at the holidays, loved to listen to music, and spending time with his family. Michael Edward Rhodes was united in marriage to Judy A. Mulligan Unruh on January 21, 1992 at Mike's mothers house in Corpus Christi, Texas. He is survived by his loving and devoted wife of over 27 years, Judy Rhodes, of McPherson, Kansas; his children, Mike Budde and wife Amy, of Newton, Kansas, Jon Rhodes of Plantation, Florida, David Rhodes, of Little Rock, Arkansas and Jeremy Unruh and wife Vanessa, of Park City, Kansas; his mother, Martha Rhodes, of Portland, Texas; his siblings, Kelli Edsall and husband John, of Morriston, Florida and Joe Rhodes, of Portland, Texas; his eight grandchildren, Kristina Cottrell and husband Justin, Dexter Lekwa and wife Emily, Lane Budde, Logan Budde, Christopher Budde, Ella Rhodes, Logan Unruh, and Kale Unruh; his five great-grandchildren, Joseph, Izaian, Ryken, Braedon, Maisyn; other relatives and a host of friends. Mike was preceded in death by his father Clarence Edward "Dusty" Rhodes. Celebration of life and time of remembrance will be held at Glidden - Ediger Chapel, McPherson, Kansas, from 5 p.m. to 7 p.m. with Military Honors presented by members of the American Legion Post 24 and Veterans of Foreign Wars Post 2715 at 7:00 p.m. on Tuesday, October 29th, 2019. Burial will be in Corpus Christi, Texas at a later date. In lieu of flowers, memorial contributions may be made to Giving Hope Cancer Fund and they can be sent in care of the Glidden - Ediger Funeral Home; 222 West Euclid Street; McPherson, Kansas 67460.

Michael Edward Rhodes, 70, of McPherson, Kansas, passed away at 10:01 p.m., Friday, October 18th, 2019 with his wife Judy by his side at their home. Michael was born in Mercedes, California on January 1, 1949, a son of Martha Frances (Grimes)... View Obituary & Service Information

The family of Michael Edward Rhodes created this Life Tributes page to make it easy to share your memories.

Send flowers to the Rhodes family.