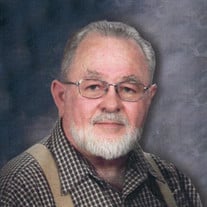 Nolan Gene Howell, 80, of McPherson, KS, passed away at 9:56 p.m., Tuesday, March 1st, 2022 suddenly, at his home. Nolan was born in rural Larned, Kansas on February 16, 1942, a son of the late Mildred M. (Merkel) and Weldon Gene Howell. Nolan attended the Zook Consolidated School, Zook, Kansas and graduated from St. John High School, St. John, Kansas. He then attended McPherson College where he met JoAnn Reed and also received a Bachelors Degree in History and Political Science. Nolan Gene Howell was united in marriage to JoAnn Reed on June 13, 1964 at the First Baptist Church, McPherson, Kansas. The young couple established their first home together in McPherson while finishing his education at McPherson College. In 1965 the couple moved to Garden City, Kansas for 10 years and they were blessed with the birth of a son, Kent Nolan and then adopted a daughter Angela. In 1975 the family moved to McPherson for 5 years, then moved to Great-Bend, Kansas for 25 years prior to moving back to McPherson after retirement.. He was a member of Church of the Brethren McPherson, Kansas, but recently attended the First Presbyterian Church. Through the years Nolan worked for several newspapers in Western and Central Kansas serving as Editor of the McPherson Sentinel in the late 1970's. He then worked for St. Francis Children's Ministry of Salina, Kansas and then as a para for Canton - Galva School System from which he retired. Nolan was a member of numerous Civic and Professional organizations. He enjoyed all kinds of reading but particularly in Kansas history, he was a Enthusiast of the automobile and a collector of miniature cars and books. He is survived by his wife of over 57 years JoAnn Howell, of McPherson, Kansas; his children, Kent Nolan Howell, of Topeka, Kansas and Angela Howell, of Inman, Kansas; his siblings, Veneta Ediger and husband Paul, of McPherson, Kansas, Norman Howell and wife Mei-Feng, of Fremont, California, and Janice Wokaty and husband Terry, of Jacksonville, Arkansas; other relatives and a host of friends. Nolan was preceded in death by his parents. A memorial service will be held at 11:00 on Tuesday, March 8th, 2022 at First Presbyterian Church in McPherson, Kansas with Reverend John Barkett officiating. If you can't attend the service, it will be livestreamed on this direct link: https://youtu.be/0cqTQvQuo0c Interment will be in the McPherson Cemetery McPherson, KS. In lieu of flowers, memorial contributions may be made to McPherson College and they can be sent in care of the Glidden - Ediger Funeral Home; 222 West Euclid Street, McPherson, Kansas 67460.

The family of Nolan Gene Howell created this Life Tributes page to make it easy to share your memories.

Send flowers to the Howell family.