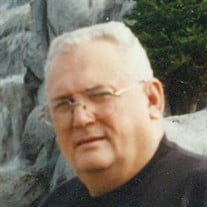 Norman "Buck" Johnson, 77, of McPherson, Kansas, passed away at 12:25 a.m., Friday, September 8th, 2017 peacefully, at Cedars House. Norman was born in Arkansas City, Kansas on August 9, 1940, a son of Catherine (Henry) and Raymond Russell Johnson. Norman  attended the George Washington grade school, Arkansas City, Kansas, 4th grade at Wickersham grade school, McPherson, Kansas, 5-8 grades District #122 McPherson County School, Centerview country school, and graduated from McPherson High School, McPherson, Kansas in 1958.  Norman then attended 1 semester at Oklahoma Baptist University, Shawnee, Oklahoma, then attended McPherson College, McPherson, Kansas in 1959 and graduated and received his A.B. degree in History in 1962.  He then attended the University of Illinois, (Urbana, Illinois) 1966 - 1967 receiving Master of Education Degree.  University of Miami, (Miami, Florida), Specialist in Education 1976 and graduated in 1978.  Rehma Bible Institute received diploma 1991 which was a 3 year home study course.   Through the years Norman attended different churches of different denominations.  Ultimately he considered himself a Spirit filled Baptist.  As a believer he was sealed with the Holy Spirit when he first believed early in childhood.  He experienced the Holy Spirit Baptism of power with spiritual gifts (Pentecostal experience), early in 1984 in Chicago after considerable self-searching, bible study, and prayer that started in summer of 1983 in a self-imposed retreat in Marquette, Kansas.  This lead to the ability to pray in unknown tongues and practice ministry of healing and deliverances of addictions and other satanic bondages of persons so afflicted who desired to be set free.  (He claimed these experiences were performed by The Lord Jesus Christ, and The Holy Spirit, and not because of any of his own innate personal abilities).  Jesus said, (John 14:12-14) "Truly, Truly, I say unto you, he who believes in Me will do the same works that I do and even greater works then these shall he do; because I go unto my Father and whatever he shall ask in My Name, I will do, that the Father may be Glorified in the Son.  If you ask anything in My Name I Will Do it". Norman worked as an educator for 33 years, most of these being in Chicago Public Schools, Chicago, Illinois. (Hastings High School, Hastings, Nebraska 1962-1964, Ready Elementary School, Griffith, Indiana 1964 - 1965, Winston Churchill Grade School, Homewood, Illinois 1966-1967, Chicago Public Schools, 1967-1968, Assistant Principal Central Jr. High School, Zion, Illinois 1968-1970, Chicago Public Schools, 1970-1993.  Substitute Teacher Chicago Public Schools, 1993-1996.)   Norman is a Life Member of Republican National Committee.  He enjoyed intellectual development in the humanities.  He wrote an unpublished song, "Jesus Is My Song, Down In My Heart" in April of 2008.  He was a Bible Teacher for male inmates in McPherson County Jail under Pastor Chuck Baker, and a Chaplain since 1997.  Through the years as a teacher and chaplain Norman touched many lives for the better and he considers this one of his biggest accomplishment.  Norman is survived by a niece Jamie Lynn Embers; other cousins and relatives, many students and a host of friends. Norman was preceded in death by his parents. Friends are invited to call on Monday, September 11, 2017 from 5 to 7 p.m.  at Glidden - Ediger Chapel, McPherson. The funeral service will be held at Glidden - Ediger Chapel, McPherson, Kansas, at 10:30 a.m. on Tuesday, September 12th,  2017 with Pastors Charles Baker and Dick Reynolds officiating. The final resting place will be at the Riverview Cemetery, Arkansas City, Kansas. Memorials are suggested to James Jacob Ministries, Inc; in care of Glory Tabernacle 1221 Sweeten Creek Road Asheville, North Carolina 28803.

The family of Norman Johnson created this Life Tributes page to make it easy to share your memories.