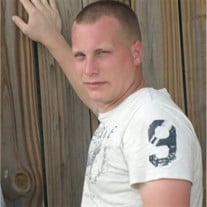 Peter Christopher Melton, 29, of Cherryvale, Kansas, died as a result of an automobile accident at 5:15 p.m., Saturday, October 25, 2014 on Cherryvale Parkway, in Labette County, Kansas. Peter Christopher Melton, was born April 8, 1985 in Lincoln, Nebraska. He was the son of Dean and Vicky J. (Edgington) Melton, and was one of six children, four sons and two daughters, Randy, Brenda, Peter, Phillip, Hannah, and Luke. Peter was homeschooled at Gentle Shepherd Christian School in Partridge, Kansas. He attended Hutchinson Community College, Hutchinson, Kansas and received his Associates Degree in 2009. Peter then attended and graduated from Kansas State University, Manhattan, Kansas and received his Bachelors of Science Degree in Electrical Engineering in 2012. It was while Peter was attending Hutchinson Community College that he met the girl of his dreams. Peter Christopher Melton was united in marriage to Jennifer Lynn Pope on October 14, 2006 at Roxbury United Parish, Roxbury, Kansas. The young couple established their first home in Hutchinson, Kansas. This union was blessed with the birth of an amazing daughter, Alexa. In a very short time, the couple moved a lot. They were currently living in Cherryvale, Kansas. Peter worked for Sturdi-Bilt Storage Barns in Hutchinson, Kansas for 7 years, and while attending K.S.U. he interned for John Deere in Dubuque, Iowa. He was currently working for John Deere Coffeyville Works, Coffeyville, Kansas as an Electrical Engineer. Peter was a loving and caring husband, father, son, brother, nephew, uncle, cousin, co-worker, and a dear friend who will be missed by those who knew and loved him. Peter loved his family and always wanted the best for them, he was especially fond of his daughter, Alexa Brooke, who was daddy’s little girl. Peter was a member and squad leader of A.L.E.R.T. (Air Land Emergency Resource Team) and participated in the search and recovery of the Columbia Space Shuttle in 2003. He also had his Padi Certification for Scuba Diving. Peter enjoyed shooting his guns, hiking, camping, cooking, creating-building electronics projects, and had a lifelong quest for knowledge. He also enjoyed being a coach for his daughter's soccer teams. Peter Christopher Melton, 29, of Cherryvale, Kansas died from injury's received in an automobile accident on Saturday, October 25, 2014, in rural Labette County, Kansas near Cherryvale. He was preceded in death by his grandparents, Floyd and Marcella Edgington. Surviving family members include his loving and devoted wife Jennifer Melton, of Cherryvale, Kansas; the apple of his eye, daughter, Alexa Brooke Melton, of Cherryvale, Kansas; his mother Vicky Bird and her husband Clair, of Wichita, Kansas; his father Dean Melton and his wife Melinda, of Turon, Kansas; his siblings, Randy Melton and his wife Dotty, of Alberta, Canada; Brenda Prentice and her husband, Aaron, of Fort Wayne, Indiana, Phillip Melton and his wife Bridgette, of College Station, Texas, Hannah Collins and her husband Shane, of Spokane, Washington, and Luke Melton and his wife Anita, of Yukon, Oklahoma; several nieces and nephews, many other relatives, and a host of friends. The funeral service will be held at the Roxbury United Parish, Roxbury, Kansas, at 2:00 p.m. on Saturday, November 1, 2014 with Pastor Nancy Modin officiating. Special music, “Where the Spirit of the Lord Is, There Is Peace”, “Would You Go With Me”, “What Hurts the Most”, and “See You Again” will be played.In lieu of flowers, memorial contributions may be made to Alexa Brooke Melton Fund and they can be sent in care of the Glidden - Ediger Funeral Home; 222 West Euclid Street; McPherson, Kansas.CASKET BEARERSRandy Melton Phillip Melton Luke MeltonBrian Pope Kevin Pope Matt Pope Kyle SandonUSHERSJake Lawless

The family of Peter Christopher Melton created this Life Tributes page to make it easy to share your memories.

Send flowers to the Melton family.