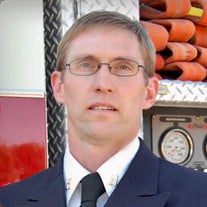 Not sure what to send?

Randall Henry "Randy" Willems, 57, of McPherson, Kansas, passed away at 3:50 a.m., Wednesday, January 12th, 2022 at McPherson Hospital. Randy was born in Colorado Springs, Colorado, on April 28, 1964, son of Raymond Allen Willems and Dolores Marie (Erker) Willems. Randy attended Roosevelt grade school, Inman grade school, and graduated from Inman High School, Inman, Kansas. Randall Henry Willems was united in marriage to Cheryl Ann Corbus on July 9, 1993 at Newton, Kansas. The young couple established their first home together in McPherson. Through the years, Randy worked for several farmers in the area. He started working for Central Plastics and while working he got on as a volunteer firefighter with the McPherson Fire Department. He was later hired to work for the City of McPherson as a Fire Fighter and worked his way up to Division Chief when he retired in June of 2019. During his time as a firefighter he also worked for McPherson Oil and Lube and for Rod Green in construction. After retirement Randy went to work for McPherson EMS and was still working. Randy enjoyed life, helping others, fishing, camping, hunting, motorcycle riding and all things out doors, remodeling houses, irritating his nieces and nephews, and his favorite was spending time with his family He is survived by his loving and devoted wife of over 28 years, Cheryl Willems, of McPherson, Kansas; his father, Raymond Willems, of McPherson, Kansas; his siblings, Roxane Gill and husband Jeff, of Salina, Kansas, Rhonda King, of McPherson, Kansas, Renee Foster and husband Ronald, of Hutchinson, Kansas, Rex Willems and wife Lorenda, of Wildomar, California, and Raissa Andersen, of McPherson, Kansas; many nieces and nephews, other relatives, his brother and sister Firefighers and EMS and many friends. Randall was preceded in death by his mother, Dolores Willems. Memorial service will be held at 10:00 a.m. on Thursday, January 20th 2021 at Countryside Covenant Church in McPherson, Kansas with Reverend Jon Black officiating. Randy did not like dressing up so please honor him by wearing what you are comfortable with (but please don't come in your skivvies). The service will be live streamed at this link: https://boxcast.tv/view/thursday-1000am-funeral-q09pjn0aqbdgy0tnb6lk  Burial will be held at McPherson Cemetery, McPherson, Kansas. In lieu of flowers, memorial contributions may be made to McPherson Fireman's Benefit Fund or McPherson EMS and they can be sent in care of the Glidden - Ediger Funeral Home; 222 West Euclid; McPherson, Kansas 67460.

The family of Randall Henry "Randy" Willems created this Life Tributes page to make it easy to share your memories.