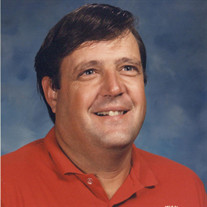 Dateline: McPherson Richard William Brush Richard William Brush, 65, of McPherson, Kansas, passed away at 7:00 a.m., Wednesday, April 12th, 2017 unexpectedly, at his home. Richard was born in Liberal, Kansas on January 3, 1952, a son of Normagene (Francis) and William Lafayette Brush. Richard attended the Liberal grade schools, Liberal, Kansas, Wichita Middle schools and graduated from Wichita South High School, Wichita, Kansas in 1970. He then attended Oklahoma State University, Stillwater, Oklahoma, and graduated from Wichita State University where he received his bachelors degree in Physical Education. Later he returned to receive his Masters degree, also from Wichita State. He was a member of Crossroads Assembly of God McPherson, KS. Through the years, Richard worked as a umpire for baseball, and a referee for football and basketball. He coached the McPherson Aqua Pups, taking them to six league championships, the McPherson High School Swim Team, managed the McPherson City Pool, and was a Physical Education Teacher for Santa Fe School, Conway Elementary, Washington Elementary and Roosevelt Elementary schools. Richard was a member and past president of the McPherson Teachers Association, a member of the Kansas Teachers Association, and National Teachers Association. Richard enjoyed, swimming, running, teaching PE, coaching football, swimming, and basketball, camping and was camp director for Cheley Colorado camps in Estes Park, Colorado. He liked hiking and hiked Longs Peak, in Rocky Mountain National Park. Richard William Brush was united in marriage to Pamela Ann Carlton on August 21, 1971 at Wichita, Kansas. The young couple established their first home together in Stillwater, Oklahoma where Richard was attending college. They then moved to Wichita, Kansas for 3 years before settling in McPherson in 1976. This union was blessed with the birth of two daughters, Chantay and JoLonna. He is survived by his daughters, Chantay Van Winkle and her husband Brad, of Independence, Missouri and JoLonna Carr and her husband Nathan, of McPherson, Kansas; his sisters, Linda Hommertzheim and her husband James, of Bel Aire, Kansas, Barbara Martin and her husband Mark, of Wichita, Kansas, and his half-sister, Connie; his 4 grandchildren, Sais Vazquez, Alora Carr, Averi Van Winkle, and Carter Van Winkle; several nieces, other relatives, many students, and a host of friends. Richard was preceded in death by his parents, Bill and Normagene Brush. Friends are invited to visit with the family on Friday, April 28, 2017 from 6 to 8 p.m. at Crossroads Assembly of God, McPherson, Kansas. The memorial service will be held at Crossroads Assembly of God, McPherson, Kansas, at 11:00 a.m. on Saturday, April 29th, with Pastor Terry Turner officiating. In lieu of flowers, memorial contributions may be made to Omega Project in memory of Richard and they can be sent in care of the Glidden - Ediger Funeral Home; 222 West Euclid Street; McPherson, Kansas 67460.

The family of Richard William Brush created this Life Tributes page to make it easy to share your memories.

Send flowers to the Brush family.