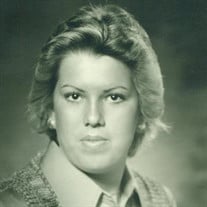 Robertta Sechler, 58, of McPherson, Kansas, passed away at 10:44 a.m., Thursday, September 14th, 2017 at Salina Regional Health Center, Salina, Kansas. Robertta was born in Salina, Kansas on November 15, 1958, a daughter of Edna (Lamer) Milleson and Donald Raymond "Chuck" Milleson. Robertta attended the Wickersham and Washington grade schools, McPherson Junior High and graduated from McPherson High School, McPherson, Kansas in 1976. Through the years Robertta worked as a Pipeline Surveyor, worked for Road Rangers as an assembler, Certain-Teed Corporation as an operator, and Angel Arms Home Health Care as a nurses aide. Robertta enjoyed planting flowers, 4-H and horse showing, motorcycle riding, serving others and giving gifts, the outdoors and nature and all that it provides. Robertta Sue Milleson was united in marriage to Mike A. Sechler on September 5, 1989 at Eureka Springs, Arkansas. She is survived by her son, Dylan Sechler and his wife Morgan, of McPherson, Kansas; her mother, Edna Milleson, of McPherson, Kansas; her brothers, Michael Milleson and his wife Martha, of Leavenworth, Kansas and Brent Milleson and his wife Nyla, of Haymarket, Virginia; her husband, Mike Sechler, of Hillsboro, Kansas; her favorite granddaughter, Nahla Sechler of McPherson; several nieces and nephews, other relatives and a host of friends. Robertta was preceded in death by her father, Donald R. "Chuck" Milleson; two brothers, Ricky Allen and Randy Lee Milleson and a sister, Sherry Lou Milleson. A time of remembrance and opportunity to visit with the family will be held from 1 p.m. to 6 p.m. on Saturday, September 30, 2017 at the V.F.W. Post 2715, 120 South Taft Street; McPherson, Kansas. In lieu of flowers memorials are suggested to the Robertta Sechler Memorial Fund and they can be sent in care of the Glidden - Ediger Funeral Home; 222 West Euclid Street; McPhreson, Kansas 67460

The family of Robertta Sechler created this Life Tributes page to make it easy to share your memories.

Send flowers to the Sechler family.