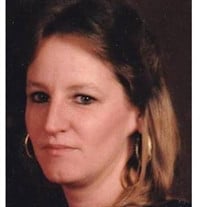 Rosemari Elaine "Rose" Horn, 63, of Lincoln, KS, passed away at 10:34 p.m., Friday, October 1st, while in the company of her children, at Hutchinson Regional Medical Center, Hutchinson, Kansas. Rose was born in Landstuhl-Pfalz, Germany on November 17, 1957, a daughter of Shirley Mae (Burchfield) and Frank Edmund Wade. Rose attended Halstead Elementary in Copperas Cove, Texas, and graduated from Copperas Cove High School, in 1976. She then attended Brown Mackie Business College where she received her degree in Business and Computer Science. She then attended Baylor University, Waco, Texas where she received her Masters Degree in Accounting. She was a member of First Baptist Church Coppersas Cove, TX, where she was raised and Baptized. Through the years, Rose was a homemaker and she took great pride in providing for her family in this manner. She later worked as a bartender for several different places in Salina and McPherson, worked for Nations Pizza, Tony's Pizza, and Websco as a manager, all of Salina. She also worked for Cartridge King as the Distribution Supervisor, Van Guard Plastics as a Executive Assistant, Dillon's Grocery as overnight stocking. Rose was a volunteer for Relay For Life. She enjoyed her family and friends, riding motorcycles, loved all animals, was a veracious reader, and loved going to concerts. Rosemari Elaine Wade Johannes was united in marriage to Jimmy Welling. they Later divorced. She is survived by her children, Michelle Hill, of Lincoln, Kansas and Michael Johannes and his wife Michelle, of McPherson, Kansas; her twin brother Robert Wade and wife Karen, of Copperas Cove, Texas; her seven grandchildren, Taylor Pifer and husband Tyler, Ashley Hederick, Jose Torres, Jonathan Torres, Cheyenne Jenkins, Tayln Huff, and Ashlyn Johannes; her two great-grandchildren, Elizabeth Anthony, and Cali Pifer. other relatives and a host of friends. Rose was preceded in death by her parents, Frank and Shirley Wade. A Celebration of Life will be held at a later date. In lieu of flowers, memorial contributions may be made to McPherson County Relay for Life or the McPherson County Humane Society and they can be sent in care of the Glidden - Ediger Funeral Home; 222 West Euclid; McPherson, Kansas 67460.

Rosemari Elaine "Rose" Horn, 63, of Lincoln, KS, passed away at 10:34 p.m., Friday, October 1st, while in the company of her children, at Hutchinson Regional Medical Center, Hutchinson, Kansas. Rose was born in Landstuhl-Pfalz, Germany on... View Obituary & Service Information

The family of Rosemari Elaine Horn created this Life Tributes page to make it easy to share your memories.

Send flowers to the Horn family.