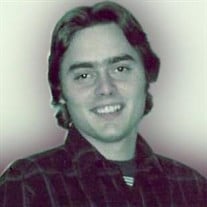 Terrance "Terry" Bryan (Toski) Culver, 68, of McPherson, Kansas, passed away at 2:50 p.m., Monday, December 4th, 2017 at Hospice House, Hutchinson, Reno County after fighting a long battle with many serious health related obstacles. Most recently,  a cervical spine surgery at KU Medical Center left him as a paraplegic.  He fought hard with a very positive attitude determined that someday he would be able to walk again and to be able to go home.  Fortunately, he did indeed go to his eternal forever home in Heaven. Terry was born in Tulsa, Oklahoma on October 24, 1949, a son of  Loretta M (Nelson) and Valgene "Gene" Charles Culver. Terry attended Roosevelt Elementary  School, McPherson Junior High and graduated from McPherson High School in 1967. He attended Bethany College, Lindsborg, Kansas, Kansas State University, and Kansas University, Lawrence, Kansas. KU was ultimately his true love. Terry was a member of the Boy Scout Troop 133, eventually becoming Eagle Scout in 1964 after earning 20 merit badges.  He also belonged the Shriners, the Sons of The American Legion Post 24 and Trinity Lutheran Church. Through the years, Terry worked for his parents at Culver's Fish Farm, Sporting Goods and Liquor Store. In 1977, Terry went into business for himself by opening what is today Culver's Wines and Spirits, being the third generation in the Liquor business in McPherson County. Terry enjoyed his business, golfing, watching KU basketball, listening to the Rolling Stones, being with his friends, especially his daughter, son, granddaughter and his family. Terry was united in marriage to Vickie May Anderson on August 28, 1981 at Wichita, Kansas. The young couple established their first home in McPherson, Kansas. Terry is survived by his wife of 36 years Vickie Culver, of McPherson, Kansas, his children, Tessa Culver, of McPherson, Kansas, Evan Culver and his wife Roxana, of San Francisco, California; his sister Cindy Culver-Burke, of Phoenix, Arizona and his brother Brent Culver, of McPherson, Kansas, his granddaughter, McKenzie  Culver; other relatives and a host of friends. Terry was preceded in death by his parents A time of remembrance and opportunity to visit with the family will be held from 6 p.m. to 8 p.m. on Friday, December 15, 2017 in the Rose Morris Room, at the McPherson Opera House , McPherson, Kansas. In lieu of flowers, memorial contributions may be made to McPherson County Humane Society and they can be sent to Glidden-Ediger Funeral Home; 222 West Euclid St.; McPherson, Ks. 67460.

The family of Terrance B. "Terry" Culver created this Life Tributes page to make it easy to share your memories.

Send flowers to the Culver family.