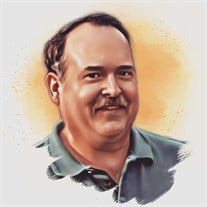 William Hope "Bill" Fairbrother, 54, of Newton, Kansas, passed away due to injures received in an automobile accident, at 5:48 pm, Tuesday, May 10th, 2022 at Wesley Medical Center, Wichita, Kansas. Bill was born in Kingman, Kansas on December 27, 1967, a son of Janet Marlene (Patterson) and Glenn Ernest Fairbrother. Bill attended the Sunset Elementary School, Santa Fe Middle School, and graduated from Newton High School, Newton, Kansas in 1986. He then attended CAD Technical School in Arizona. Bill was a member of the Boy Scouts of America. Through the years Bill worked for Hehr Manufacturing for several years as a designer and then worked for Bunting Magnetic as a designer and was currently working for Builders Concrete as a truck driver. Bill enjoyed shooting and target practicing, going camping and fishing at Table Rock Lake, and spending time with his family, especially his great-nieces and nephews in which he would be found on the floor, playing with them. He is survived by his mother, Janet Fairbrother, of Missouri; his sister, Robin Stucky and husband Glenn, of McPherson, Kansas; his nieces and nephews, David Ross Stucky, Sarah Nichole Denton and husband Mark, Aaron Michael Stucky, and Laura Beth Gamble and husband Robbie; his great-nieces and nephews, Eleanor and Boone Stucky and Oliver Gamble; other relatives and a host of friends. Bill was preceded in death by his father, Glenn Fairbrother and a great niece, Amelia Grace Stucky. Graveside services will be held at a later date at the Greenwood Cemetery rural Belmont, Kansas. In lieu of flowers, memorial contributions may be made to Newton High School in memory of Bill and they can be sent to the Glidden - Ediger Funeral Home; 222 West Euclid Street; McPherson, Kansas 67460.

William Hope "Bill" Fairbrother, 54, of Newton, Kansas, passed away due to injures received in an automobile accident, at 5:48 pm, Tuesday, May 10th, 2022 at Wesley Medical Center, Wichita, Kansas. Bill was born in Kingman, Kansas on December... View Obituary & Service Information

The family of William Hope Fairbrother created this Life Tributes page to make it easy to share your memories.

Send flowers to the Fairbrother family.