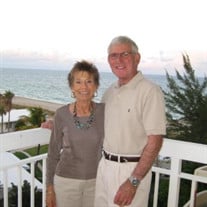 William Harve (Bill) Hill, Jr., 77, of McPherson, Kansas, passed away at 2:50 a.m., Sunday, June 21st, while in the company of family members at the Cedars House. Bill was born in Beatrice, Nebraska, on March 29, 1943, a son of Dorothy (Kraemer) and William Harve Hill, Sr. Bill attended numerous grade schools and graduated from McPherson High School in 1961. Bill then attended Kansas State University, with a Bachelor’s Degree in History. He was a member of the First United Methodist Church of McPherson. After graduating, Bill worked for Moorman Mfg. Company in Quincy, Illinois and served in several capacities in many locations across the country, making friends along the way. Bill relocated his family to Dodge City in 1979 to be closer to family. He worked for Pella Windows & Doors in Dodge City for over 20 years before retiring in 2004. Bill and Kathy were excited to move back to their hometown of McPherson, where he contributed to the school system for several years as a paraprofessional educator at the high school. Bill enjoyed K-State athletics, especially K-State football. He loved spending time with his family, socializing and traveling with friends new and old. William Harve Hill, Jr. was united in marriage to Kathryn Laura Holecek on January 15, 1965, in McPherson, Kansas. The young couple established their first house together in Manhattan, Kansas. This union was blessed with the birth of two sons, Jeff and Andy. He is survived by his loving and devoted wife Kathy Hill, of McPherson, Kansas; Jeff Hill and wife Nanette, of Tecumseh, Kansas; and Andy Hill and his wife Megan, of Louisburg, Kansas; his siblings, Sara Bremyer and her husband Jay, of McPherson, Kansas, Bob Hill of McPherson, Kansas, David Hill and his wife Lisa, of Santa Fe, New Mexico, and his brother-in-law John Holecek, of McPherson, Kansas. He is also survived by grandchildren: Caitlin Butto (David), Madeline Hill, Benjamin Hill, Alison Hill, Jake Hill, Noah Hill, Luke Hill; his great granddaughter, Natalia Butto; and nephews Seth Bremyer and Aaron Bremyer (Dionne). Bill was preceded in death by his parents. A celebration of life will be held at a later date. Contributions can be made to the McPherson County Humane Society and they can be sent to Glidden-Ediger Funeral Home; 222 W. Euclid St., McPherson, Kansas 67460.

William Harve (Bill) Hill, Jr., 77, of McPherson, Kansas, passed away at 2:50 a.m., Sunday, June 21st, while in the company of family members at the Cedars House. Bill was born in Beatrice, Nebraska, on March 29, 1943, a son of Dorothy (Kraemer)... View Obituary & Service Information

The family of William Harve "Bill" Hill, Jr. created this Life Tributes page to make it easy to share your memories.